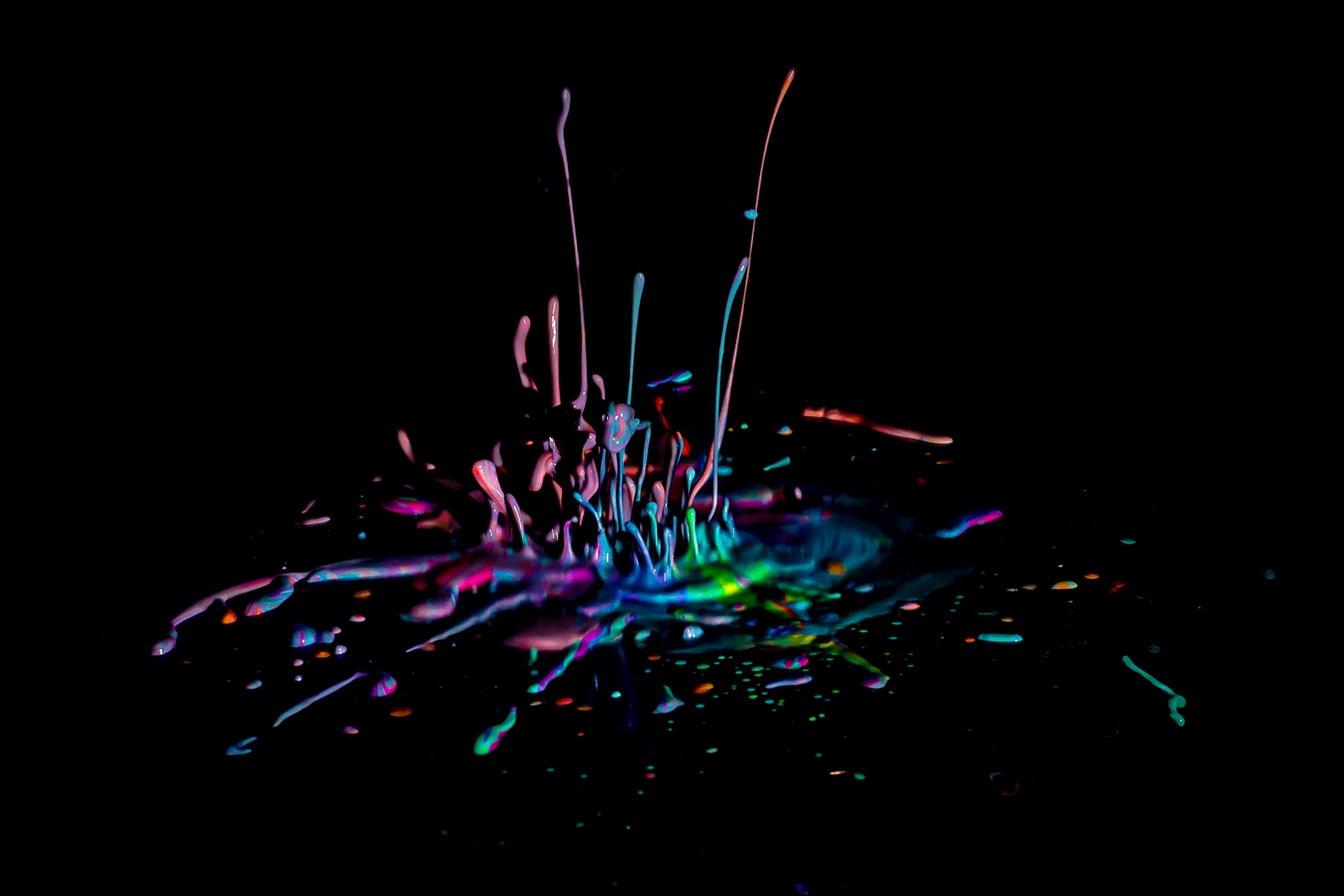 Had fun with my daughter tonight, who much more creative than me! 🙂  She had to have inspiration for a sculpture project and decided to use sound movement, so we covered a junky old speaker with cellophane and gaffers tape, poured kids washable paints, thinned with water, and cranked up Imagine Dragons to get the bass going.  This was the best picture we captured (had to cut it short, had to put the 3 year old to bed!).  Anyway, it’s been a while since I’ve pulled out the gear to have some fun, so I used off camera flash, used the Mag Mod system to direct my light (doubled the grid to really get pointed light).  This was my first attend attempt and I will be trying again, maybe even this weekend.  I learned a lot, I tried high sync speed for the first time, but unfortunately, it was after this shot (I believe) where the paint wasn’t cooperating too well.  Unfortunately, sync speed at 1/200 on the Canon 5DmkIII is a bit too slow to completely freeze action, so there’s blur, especially at the base where the music vibrated more than punched.  I’d like to work through that issue next time.  Anyway, hope you enjoy!

"Let no one seek his own good, but the good of his neighbor."